Your source for Gunpla and Gundam news!

In a world where the power of magic and the might of machines coexist, a sorcerer seizes control of a machine sealed away for centuries that had been feared for its ability to consume the power of others for its own benefit, “The Devourer.”

The Devourer is a kitbash of 7 different model kits and parts that I scratch built. I used only secondhand kits that I’ve collected from other builders throughout the year, as a symbolic way of giving the kits new life. I added textures to the Devourer’s armor, then airbrushed with a based coat, then hand brushed with oil paint to give the kit a streaking and weathered look. The inside of the Devourer’s back armor and skirt armor are filled with parts of the machines whose powers and abilities had been absorbed.

The sorcerer on the Devourer’s shoulder is a heavily modified gunpla pilot “WuFei” from the Gundam Wing series. The display base is made with wood, foam, and clay. The removable background “Blood moon” was painted using an airbrush. Oil stains added to skirt and legs of the Devourer and the display base to symbolize many mecha destroyed. 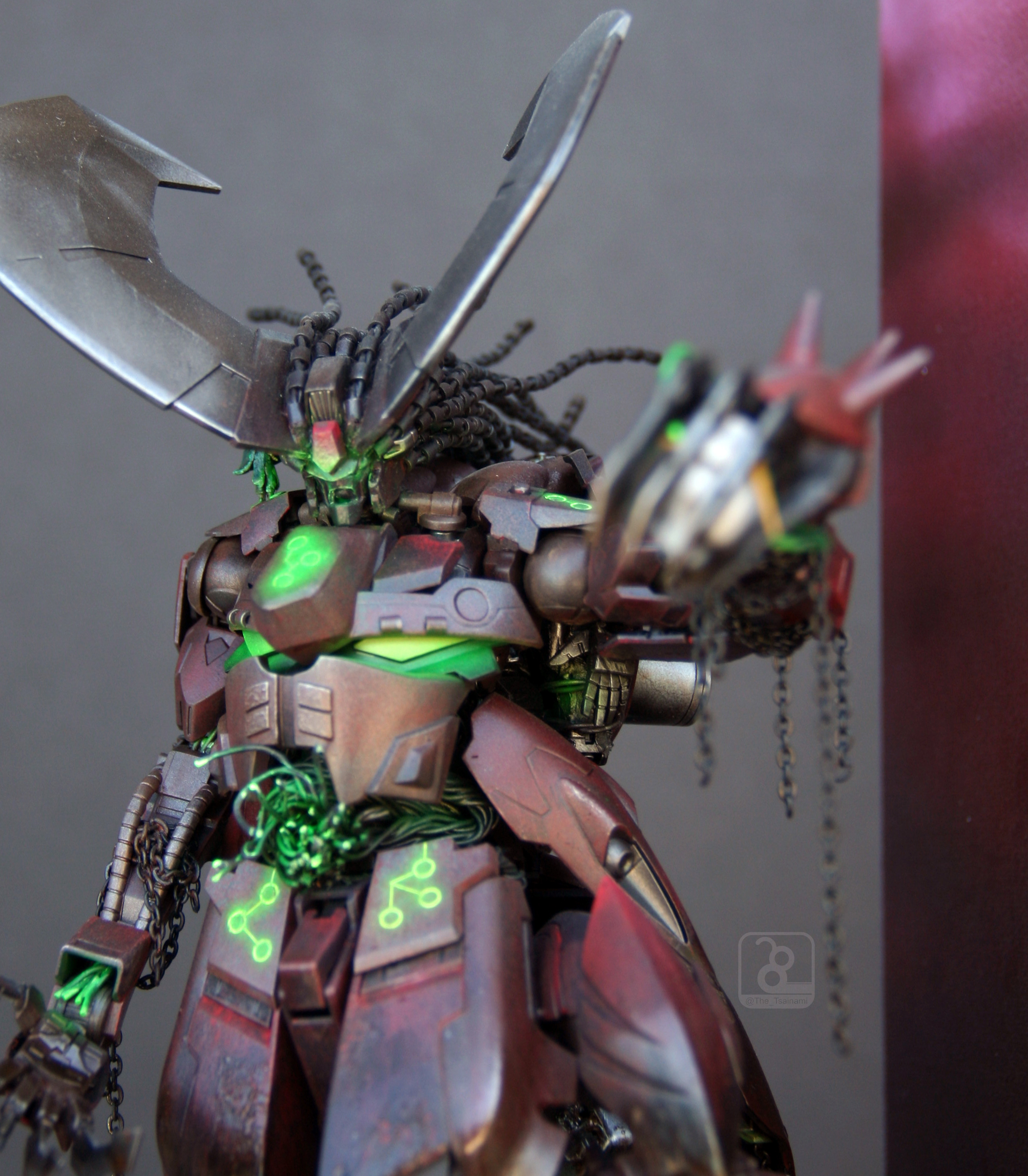 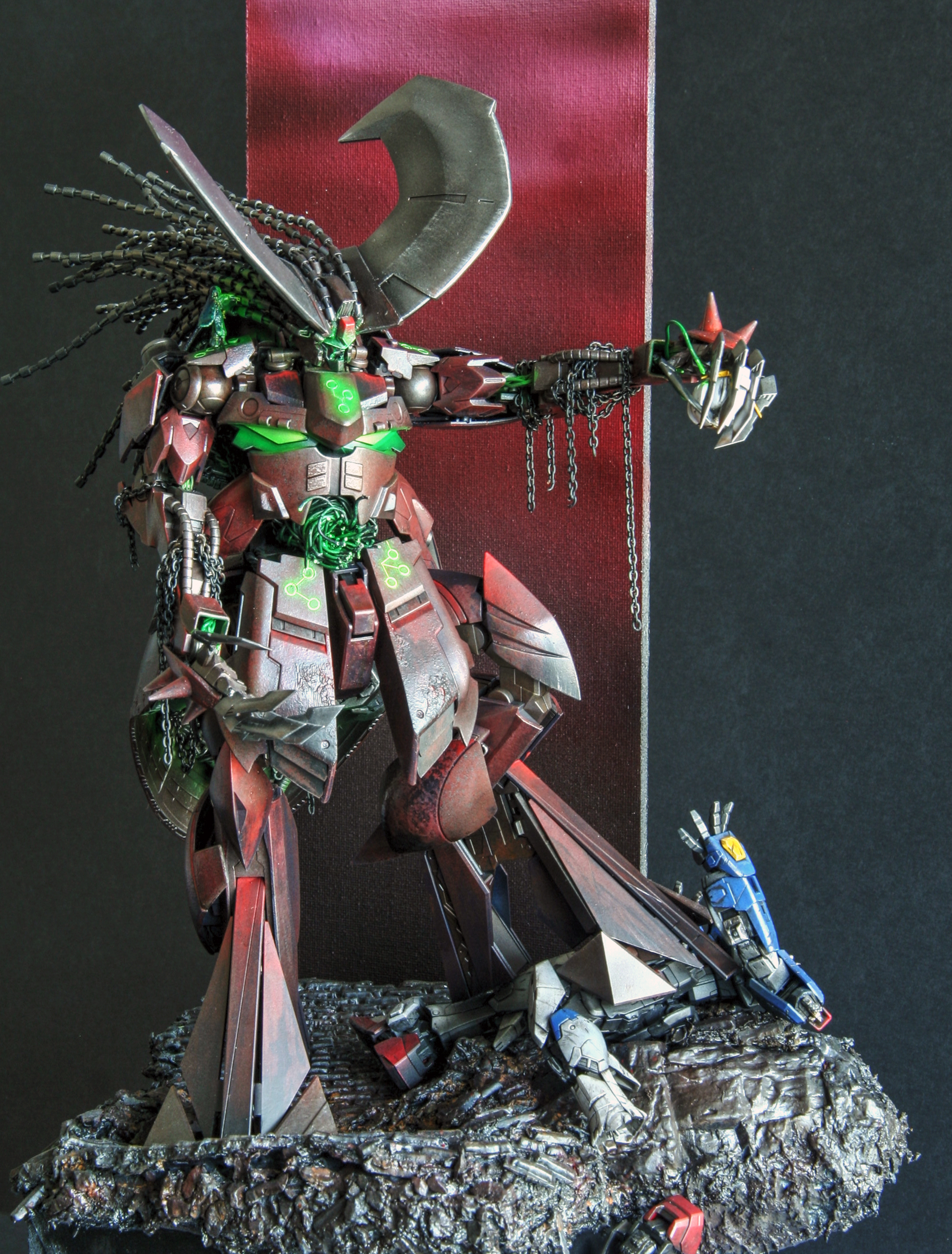 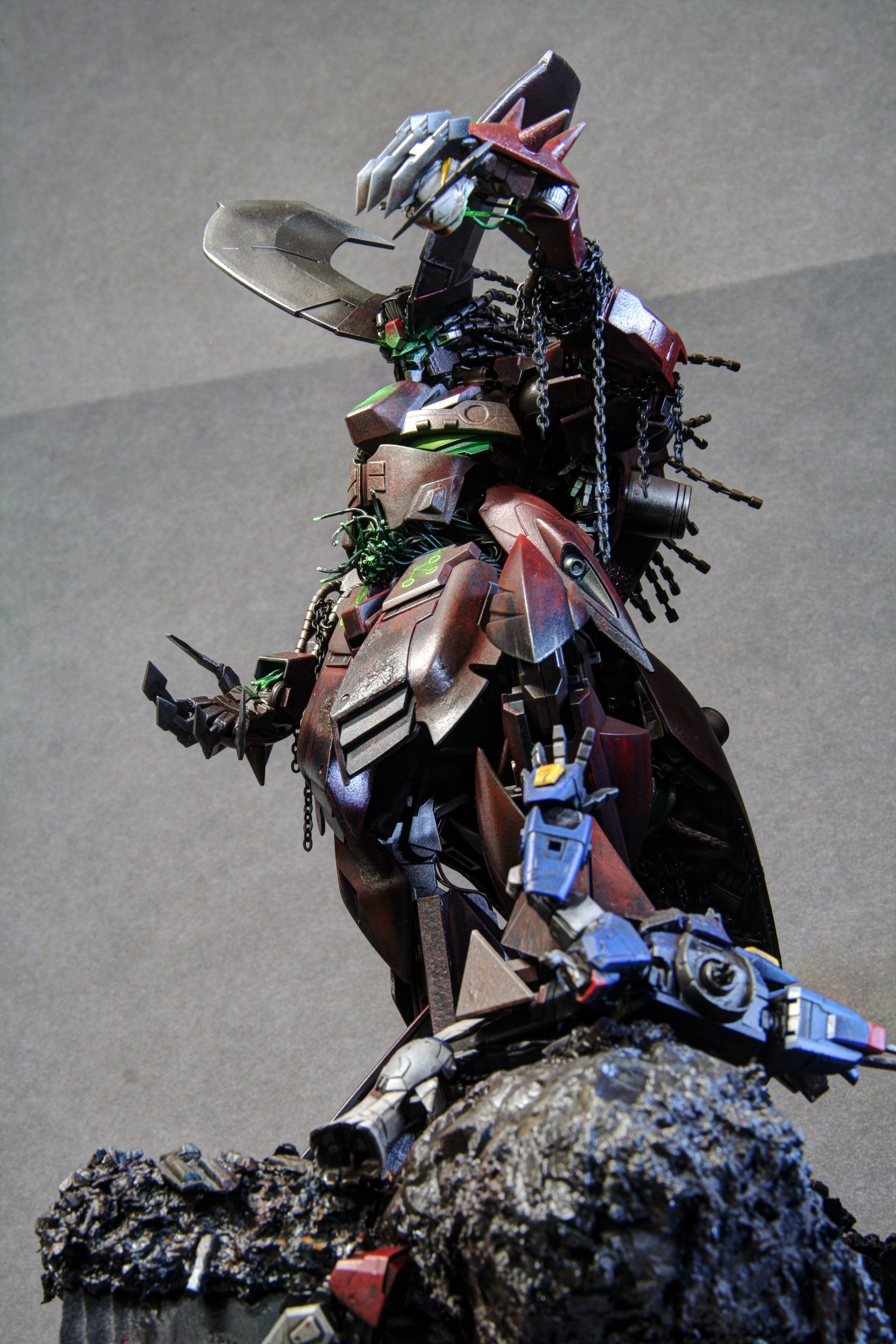 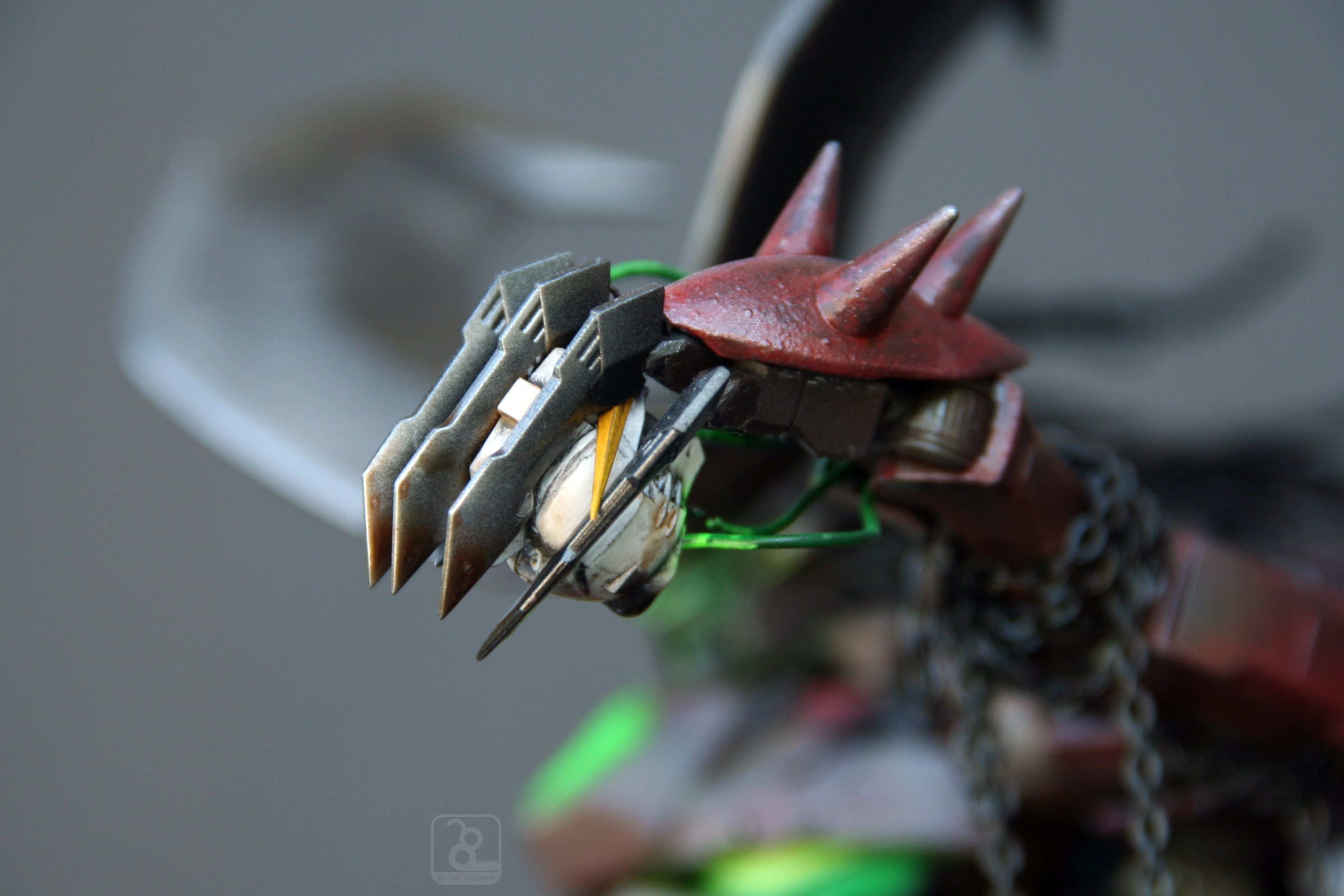 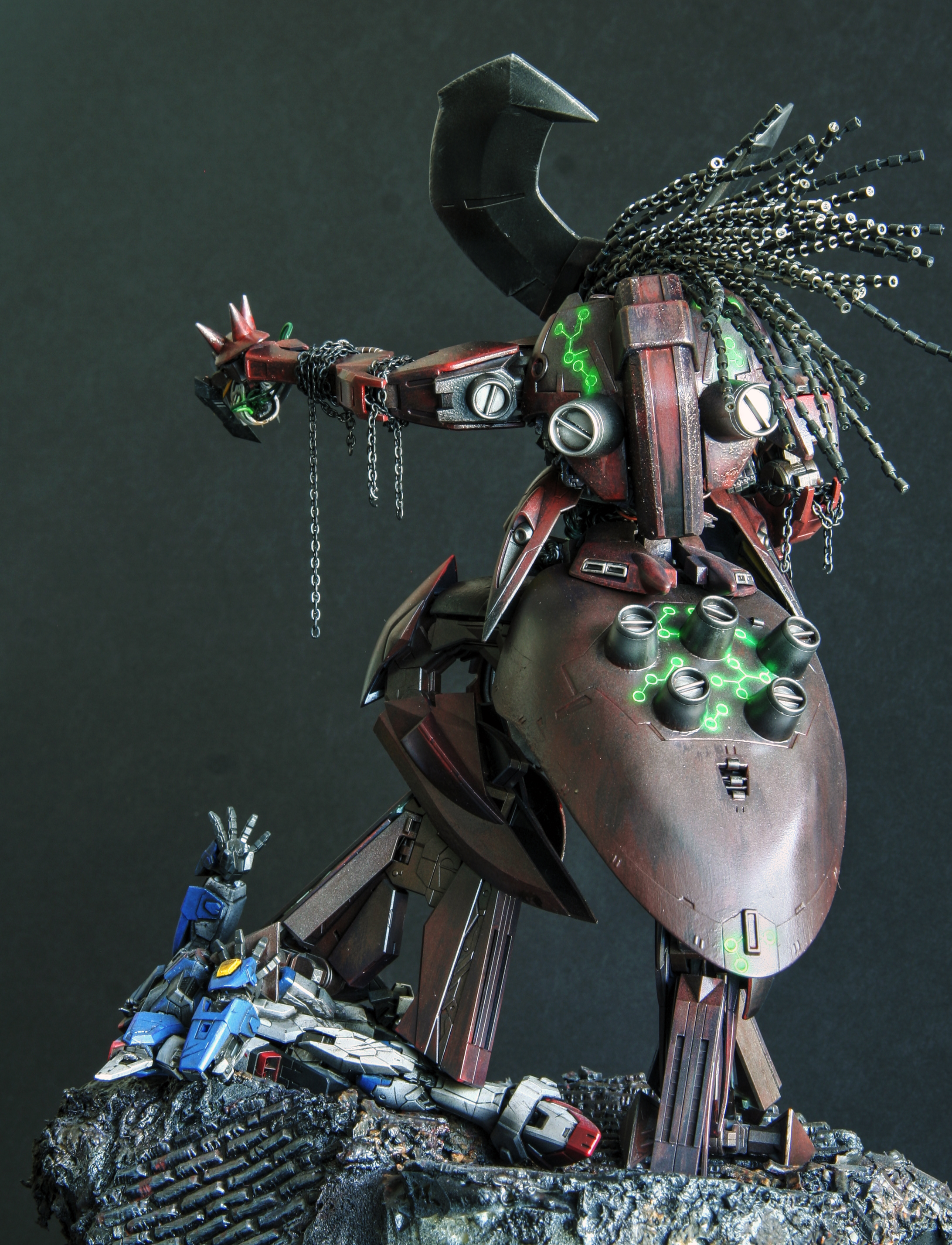